Eataly's father at UniSannio for the inauguration of the academic year 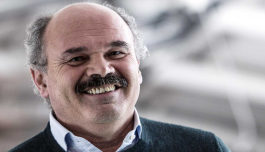 Oscar Farinetti, the well-known Piedmontese entrepreneur who founded the Eataly chain, will be one of the guests of honor at the next opening of the academic year of the University of Sannio, scheduled for January 28, 2022.

After the presence of the President of the Republic, Sergio Mattarella and the intervention, last year, of the scientific popularizer Piero Angela, great attention, by the Samnite university, will be paid this year to the economic sector, particularly affected and put a severe test, throughout the country, and in our territory, due to the pandemic.

Farinetti is one of the most important Italian entrepreneurs. At the beginning of his career, he contributed to the development of Unieuro, a chain founded by his father in the second half of the sixties. From 1978 he joined the board of directors of the company and then assumed the position of chief executive officer, first, and then president.
In 2003 he decided to sell Unieuro to found Eataly, an enormously successful food distribution chain, with the proceeds the following year.
Turin, Milan, Tokyo, Bologna, New York, Genoa, Rome are some of the Eataly offices which, today, together with the Italian distribution and sales points, contribute to the spread of the agri-food excellence of the Belpaese all over the world.

"A few minutes on the phone were enough to define Oscar Farinetti's presence at the next inauguration of the UniSannio academic year - underlines the Rector Gerardo Canfora - a stimulating and pleasant conversation, where I was able to record Farinetti's extraordinary entrepreneurial ability, but also the great human qualities, first of all the passion, the enthusiasm. His presence in Benevento will be an opportunity to hear the testimony of an entrepreneur who has contributed to the global spread of Italian agri-food excellence. It will also be a way to allow him to learn more about our excellence and the indisputable quality of the food and wine products of the Sannio. They are, and we are, therefore, particularly honored and happy with his presence. His contribution will be, without any doubt, interesting and relevant for all of us ". 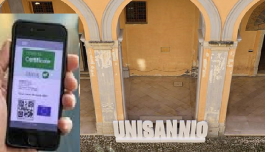 RooboLeague2021: Students imagine the city of the future