The University of Sannio wins the third edition of the Smart City University Challenge. With a project on traffic monitoring, a team of the University of Sannio, composed of Computer Engineering master degree students, coordinated by prof. Eugenio Zimeo, conquers the highest step of the podium in the national competition organized by CINI's (National Interuniversity Consortium for Computer Science) Smart Cities and Communities Laboratory.

The final phase was held as a co-located event of the I-CiTies 2019 national conference in Pisa from 18 to 20 September 2019.

This year the Unisannio team was composed of the students Giovanni Codianni, Carmine Colarusso and Chiara Verdone. They presented a project entitled "On-line Traffic Monitoring on Large Scale Road Networks", carried out during the course of Distributed Software Architecture and Systems held by prof. Zimeo.

The presented system, which is a part of a wider system developed by all the students of the 2018/19 edition of the course, proposes a solution in cloud and based on microservices for monitoring road traffic and criticalities present in the observed networks, for the calculation of the shortest paths in presence of traffic, for the visualization of this information on navigation maps. The system exploits both conventional algorithms, available in the open source solutions used for the implementation of the system, and algorithms obtained as a result of research activities for the calculation of large-scale graphs centrality with techniques and technologies for big data processing.
The third edition of the Challenge started in October 2018 and developed in a first phase, local to the participating universities, divided into two sessions: the first one from October 2018 to February 2019, the second one from March 2019 to July 2019. During this phase, twelve teams of students from eleven universities received a project from their local tutors, to be developed in the first or second session, according to the scheduling of the reference courses at the participating universities.  Both sessions ended with the identification of the winning teams at the participating universities and the subsequent presentation, for the purposes of evaluation, of the project results to all tutors of the universities involved.

Eight teams, of the twelve initially involved, arrived at the presentation at the end of the first phase, were invited to participate in the final phase. About thirty students, coming from the Universities of L'Aquila, Camerino, Florence, Pisa, Messina, Milan Bicocca, Eastern Piedmont and Sannio di Benevento,  participated in the second phase of the Challenge centered on a collaborative hackathon of integration of the systems implemented, starting from a scenario provided in advance by the coordinator, and the presentation to a jury of experts of a poster prepared for the purpose.

On September 18, the teams deepened the scenario, extended it to better exploit the functionalities of the systems developed and from this they defined an integration model, identifying possible relationships among the different systems.

On the morning of September 19, each team presented and discussed the possible integrations before  proceeding with the integration. During the afternoon, the teams presented their work, with the help of posters, to a commission composed of three experts, one from the industry (Santer Reply, sponsor of this edition of the challenge) and two from the universities belonging to the CINI laboratory of Smart Cities and Communities. The projects were also presented in a plenary session to conference participants with short presentations.

At the end of the day, each team evaluated the other ones and all teams were evaluated by the committee of experts. All the collected evaluations were mediated on the criteria and the scores obtained were weighted according to an algorithm made known to the students before the final phase: the evaluation of the tutors (first phase) weighted 40% as well as the mutual evaluation of the teams while the jury's score weighted 20%.

The final results of the evaluations determined the following ranking:

The students were awarded by the President of CINI prof. Ernesto Damiani in the presence of the General Co-Chair of the I-CiTies 2019 conference, prof. Stefano Chessa and prof. Enzo Mingozzi, of the director of the Smart Cities and Communities lab, prof. Antonio Puliafito, of the coordinator of the third edition of the event, prof. Eugenio Zimeo, and a large audience of participants on the last day of the conference. 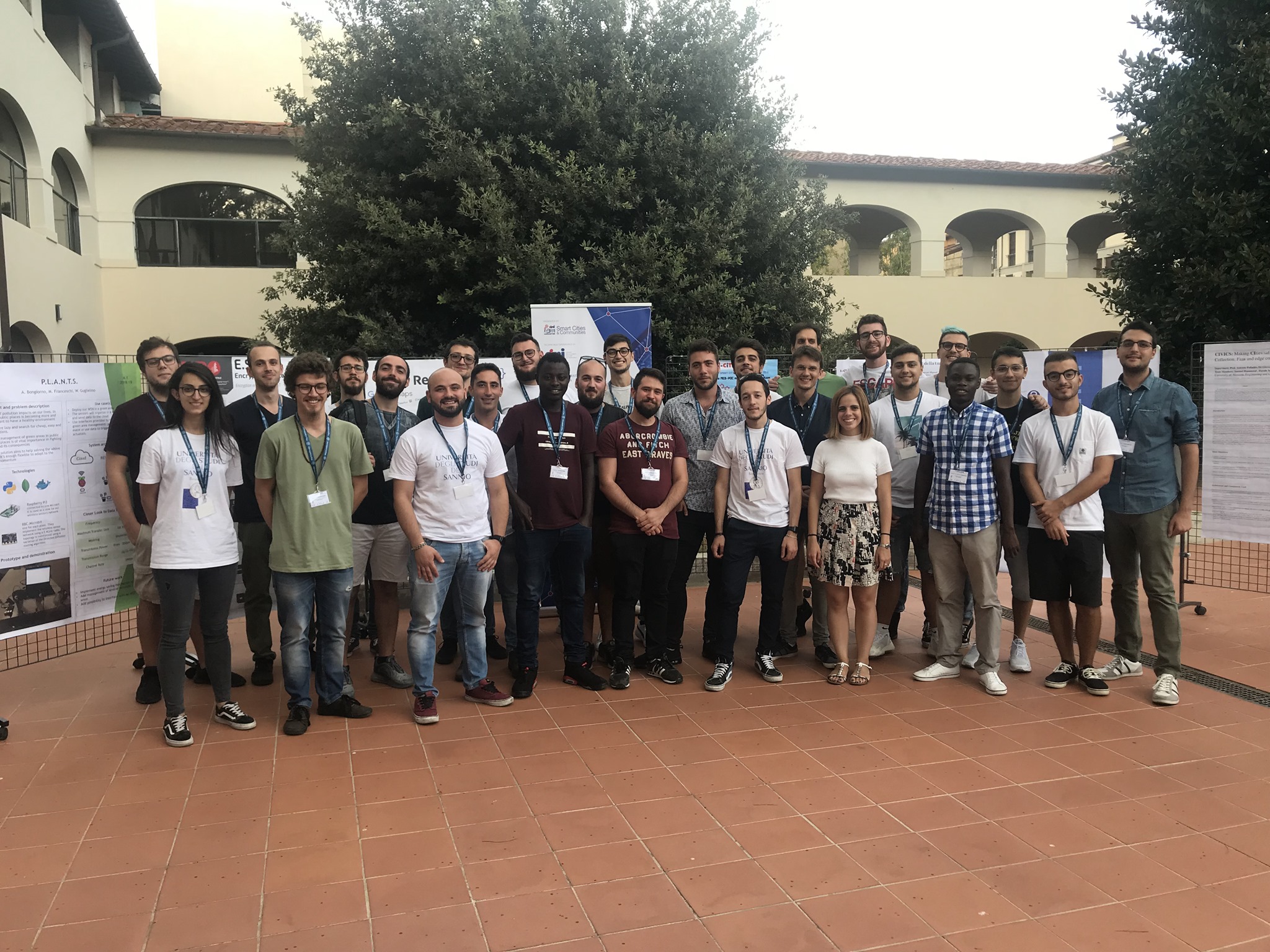 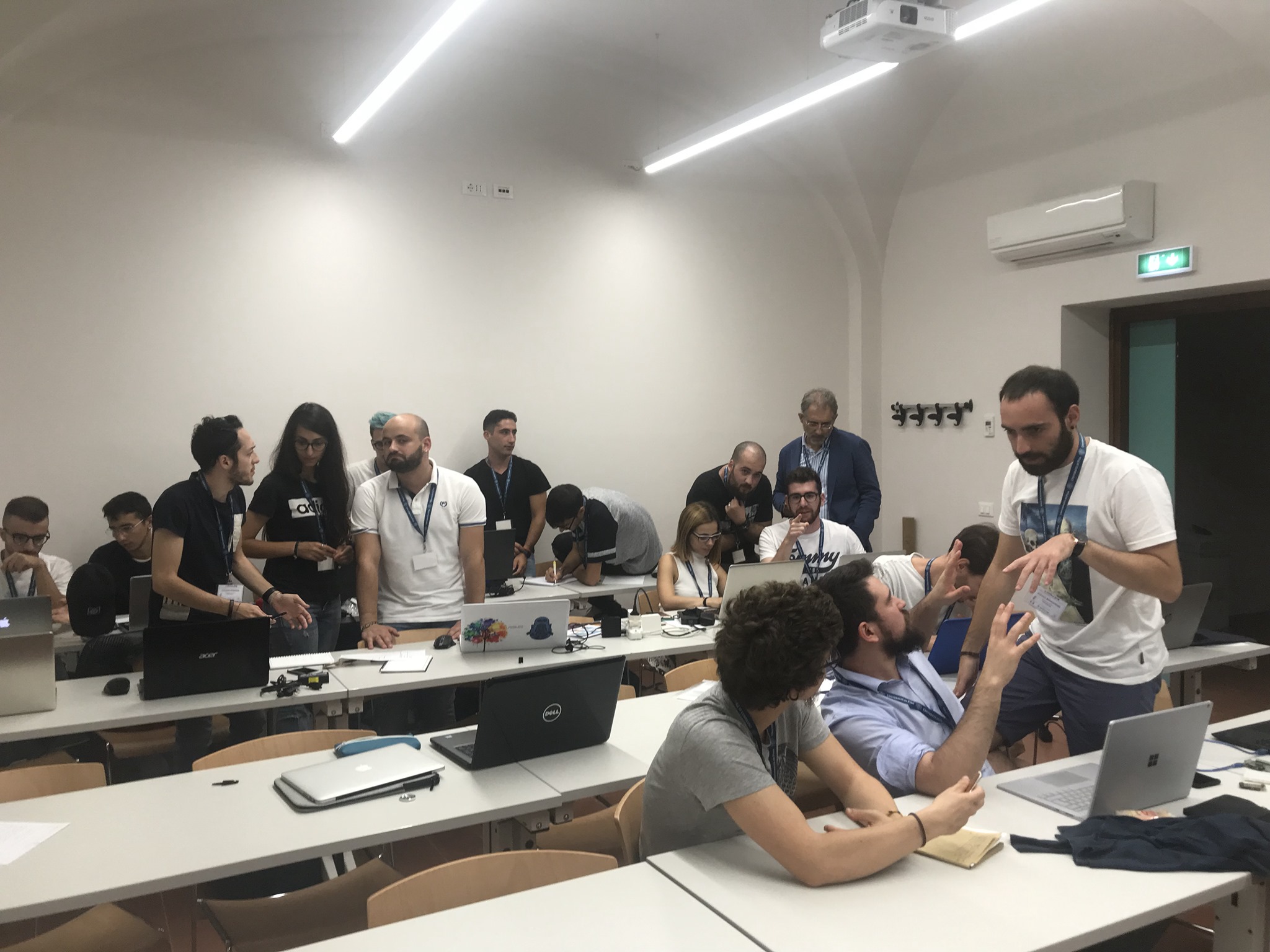 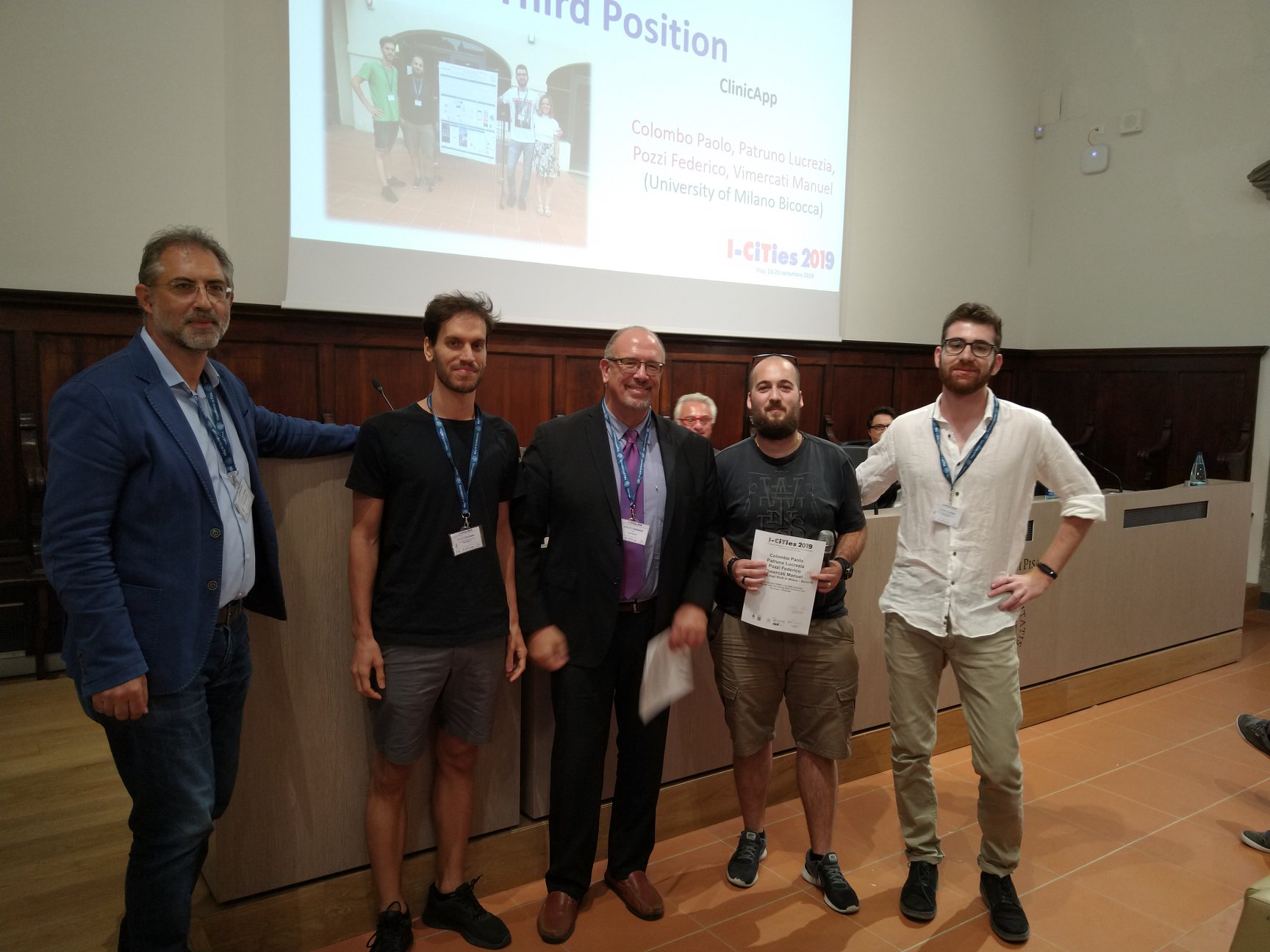 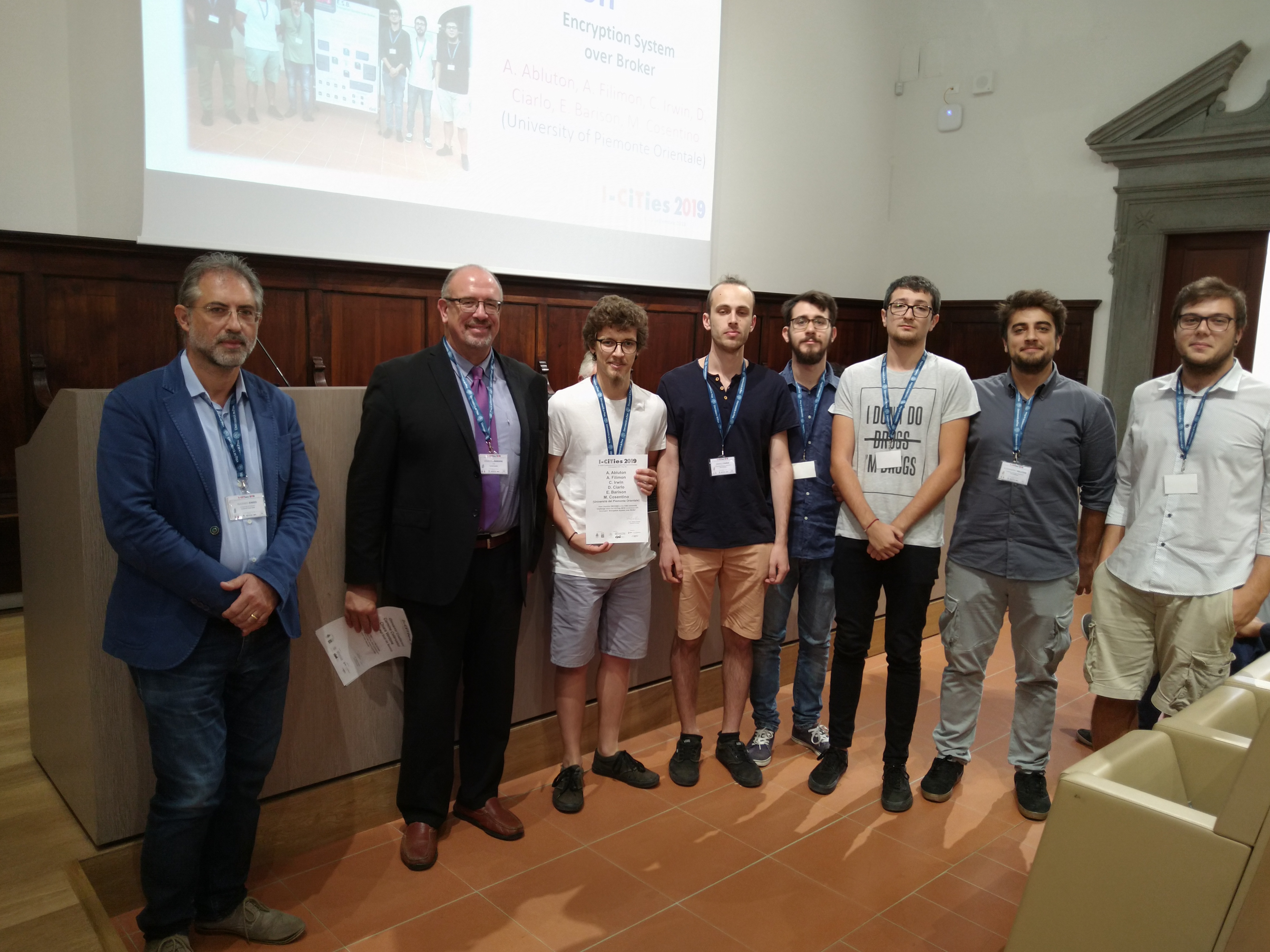 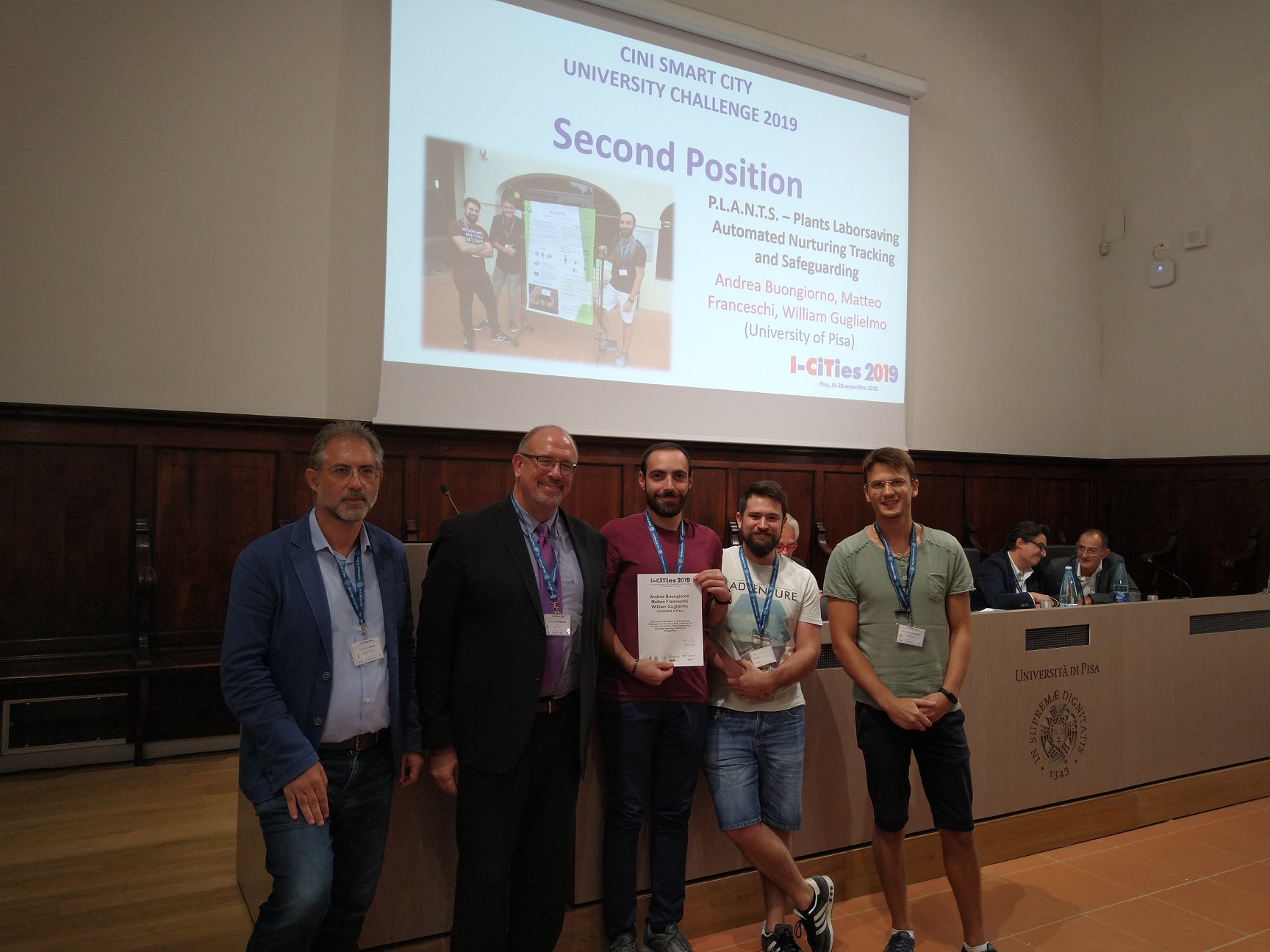 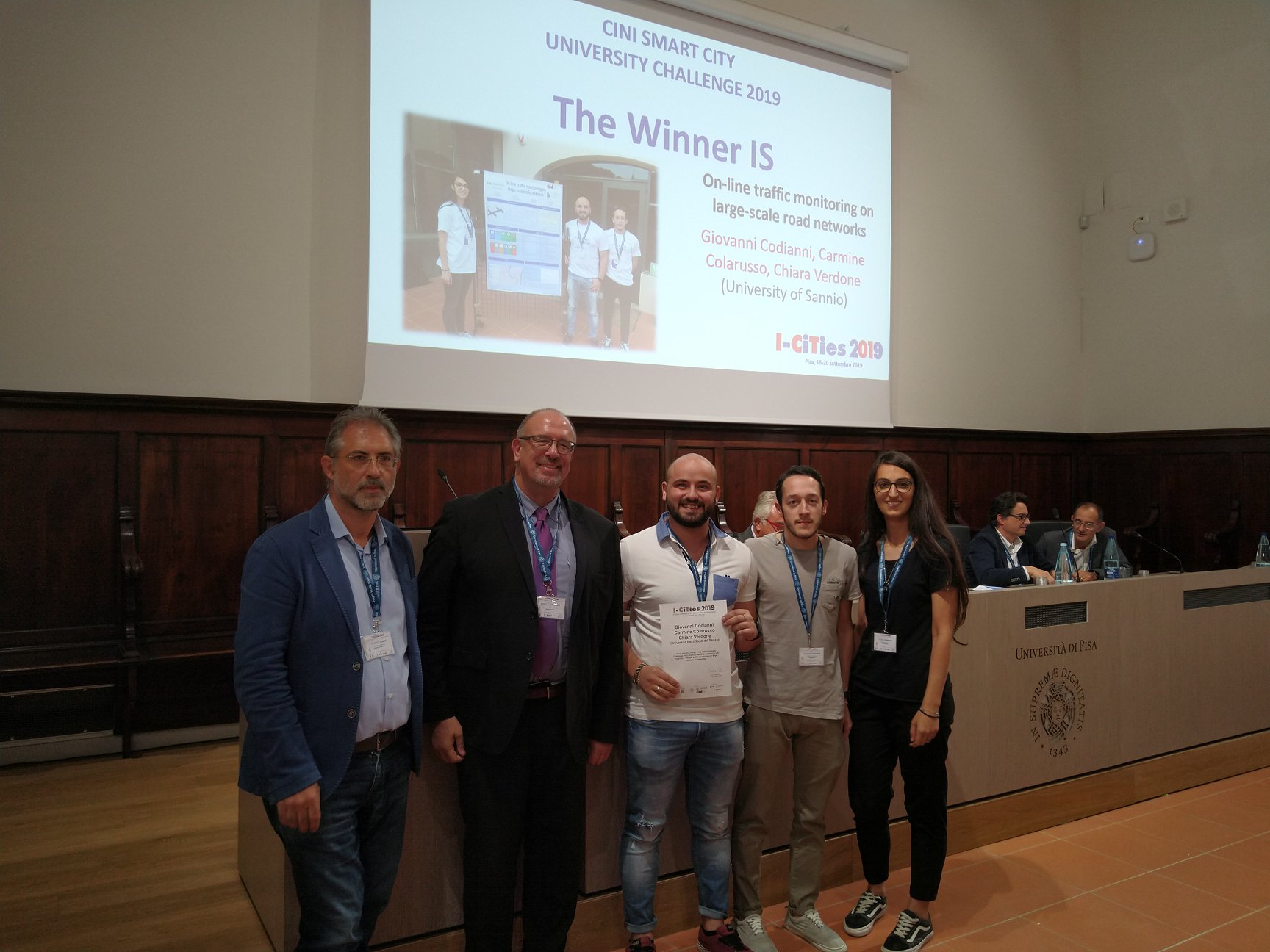