Top 2% of the most cited researchers in the world 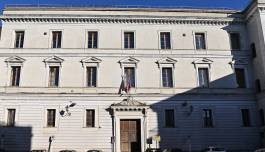 The study by John Ioannidis of Stanford University, Kevin Boyack and Jeroen Baas, which collects 2% of the most cited researchers in the world, was recently published in the international journal Plos Biology. It is a bibliometry study that analyzes the impact and distribution of scientific publications within the academic community.

The study is based on data obtained in May 2020 from the Scopus scientific research database, data then updated with the standardized citation indicators for the year 2019, comparing the scientific production of about 8 million researchers from universities and research centers. research from around the world, in 22 scientific fields and 176 subfields.

For each researcher, the sector in which he is active is indicated and the corresponding ranking, differentiated between rankings that include self-citation references and those that do not include them.