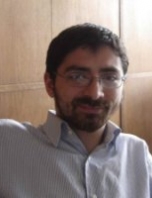 Marco Pisco is the author and co-author of several publications, including books, papers on international journals, patents, proceedings of national and international conferences and book chapters  as well as a reviewer for IEEE, OSA and Elsevier journals.

Associate Professor at University of Sannio (since December 2019)

From 2007 to 2020, he has been professor of several courses in Electronics at University of Sannio

Participation to editorial board of scientific journals

Member of the Editorial Board of the scientific journal “ Chemosensors (MPDI)”

Participation to technical and scientific boards of international conferences

Member of the Technical Program Committee of the European Workshop of Optical Fiber Sensors (EWOFS), since 2016 to date.

Member of the Steering Committee of the “First Mediterranean Photonics Conference” held in Napoli in June 2008.

Chair of the Special Session on Multifunctional photonic sensors at the international conference IMEKO TC-4 2014.

Member of the Technical Committee of the “International Conference on Technological Advances of Sensors and Instrumentation” (ICTASI), since ICTASI 2018 to date.

Guest Editor of the Special Issue "Lab on Fiber Optrodes for Chemical and Biological Sensing: Recent Trends and Advances",

Invited Talk titled: “SERS in the Fiber Tip for Biomedical Applications” at the International Conference “Optical Fiber Conference” (OFS2021) to be held at Alessandria, Virginia on 7-11th Giugno 2021.

2015-2016: Scientific Responsible for the University of Sannio of a research agreement with National Agency for Energy and Environment (ENEA): “Metasuperfici per migliorare l'efficienza di celle solari” funded for 50k€

2016-2017: Scientific Responsible for the University of Sannio of a research agreement with National Agency for Energy and Environment (ENEA): “Light trapping in celle solari a film sottile " funded for 40k€

2017-2018: Scientific Responsible for the University of Sannio of a research agreement with National Agency for Energy and Environment (ENEA): “Progettazione ottica di celle solari tandem perovskite/silicio” funded for 40k€

Since 2003: Marco Pisco participated to many other research projects as researcher during his academic activity

was selected and included in a cross-journal virtual issue “Probing the Fundamentals of Light-Matter Interactions”, in celebration of the International Year of Light: